Doctors’ Personal Disclosure of Convictions to GMC is Mandatory 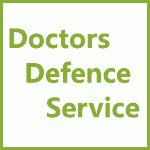 Police Cautions and Convictions – Disclosure to the GMC –

The General Medical Council (GMC), the body that registers and regulates UK doctors, requires all doctors (with full or provisional registrations) to disclose convictions, cautions, and other similar State imposed sanctions to the GMC, at the earliest opportunity. The GMC also requires doctors to inform the GMC when they have been charged with a criminal offence. Such disclosures should be ‘without delay’.

The above disclosure requirement is set out in the code of conduct for doctors Good Medical Practice (Publication date: 2013), and all doctors are bound to follow the code of conduct to the letter in both their public and private lives. A doctor who fails to disclose such information to the GMC may face misconduct allegations and be referred to a fitness to practise hearing.

75 You must tell us without delay if, anywhere in the world:

a you have accepted a caution from the police or been criticised by
an official inquiry;

b you have been charged with or found guilty of a criminal offence;

c another professional body has made a finding against your
registration as a result of fitness to practise procedures.

A doctor can be disciplined for misconduct if they fail without good reason to disclose convictions or cautions or that they have been charged with a criminal offence, whether they arise in the UK or overseas. In the case of Alhy v GMC [2011] EWHC 2277 (Para 50), the appeal court held that a doctor had a personal obligation to promptly inform the GMC of all convictions. It was not enough to rely on another statutory body to inform the GMC that the doctor had been convicted of an offence. The appeal judge stated:

76 If you are suspended by an organisation from a medical post, or have
restrictions placed on your practice, you must, without delay, inform
any other organisations you carry out medical work for and any patients
you see independently.

A simple letter to the fitness to practise section of GMC, with a copy of the other body’s decision, sent promptly, should meet the mandatory self-reporting requirements. Proof of posting and delivery would also be useful, in case there are any evidential issues later on. Some post does go missing, as do emails, and it is important to evidence the self-reporting steps a doctor has taken, in case the GMC do not receive the doctor’s notification. 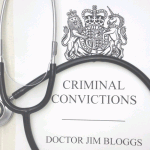 It is perhaps surprising to note that many doctors are unaware of these mandatory reporting requirements. In fitness to practise cases, doctors are often found guilty of misconduct for their failure to promptly inform the GMC. Doctors are also issued with warnings where their failure is found to fall just short of impairment, and be a serious departure from the obligations set out in Good Medical Practice.

For more information about the requirements for disclosure imposed upon doctors who are registered with the GMC, see the GMC’s publication Reporting Criminal and Regulatory Proceedings within and outside the UK.

Case Law on Disclosure of Convictions to the GMC:

In the appeal case of Dr Ekme Fopma v General Medical Council [2018] EWHC 714 (Admin) the appeal court held that the Medical Practitioner’s Tribunal had acted entirely properly when it directed that the doctor’s name be erased from the medical register, for a failure to disclose an overseas conviction of a sexual nature. (March 2018)

Doctors Defence Service advises doctors in relation to GMC law and MPTS law, and in particular about the disclosure of information to regulators and the interpretation of the breadth and scope of obligations imposed on doctors generally. If you seek information on any matter concerning GMC or MPTS law, then contact us in strict confidence by phone on 0800 10 88 739 or use our Contact Form.

Doctors Defence Service (DDS) assists medical doctors who are registered with the General Medical Council (GMC) in the United Kingdom (UK) and also those doctors from abroad who wish to register and practise as doctors in the UK. Doctors Defence Service also assists doctors in relation to all other legal issues arising from daily practice and operating businesses in the clinical arena. DDS represents doctors in FTP and IOP GMC proceedings, at inquests, in general civil cases, in commercial and contract law, in revalidation matters, and employment law. Doctors Defence Service can be contacted on 0800 10 88 739. We have main offices in London, Manchester, and Telford. We cover most other UK regions too.